a film by Marita Neher and Tatjana Turanskyj 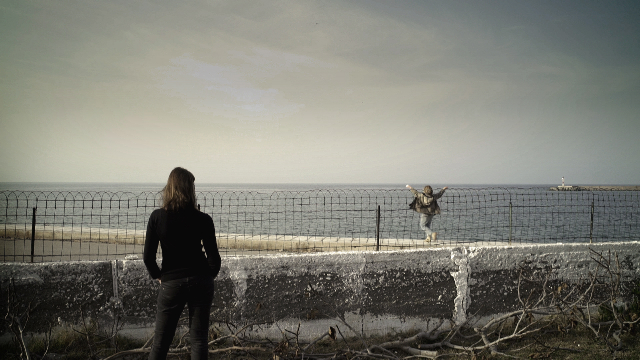 Two women, whose comfortable outlook on life is challenged and shifts gradually. Lena (Nina Kronjäger), a journalist whose life is in crisis,  is in Greece researching a story on European external border security and migration policy. The story intricately interweaves with the coincidental friendship that arises between her and Amy. Amy (Anna Schmidt), whom she runs into on her travels, is an activist with the Refugee Welcome movement. Amy accompanies Lena on her research, part out of boredom, and part motivated by curiosity.

The friction between both women arising from their different perspectives on the refugee crisis, activism, work, and the state of capitalism, generates a road movie which unravels as they charge along on their travels through rural Greece, in their search for invisible borders and trying to make sense of  the current situation. The movie was shot in autumn 2014 on location near the Greek/Turkish and Bulgarian borders.